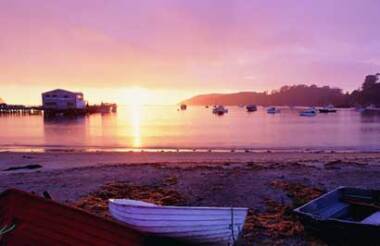 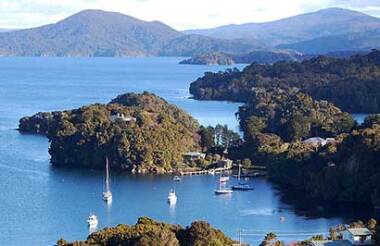 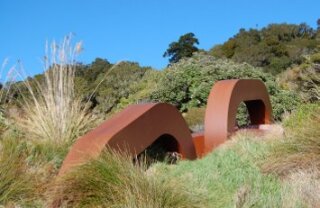 Stewart Island is New Zealand's third largest island, approximately 75 kms long and 45 kms wide and separated from the South Island by the Foveaux Strait. The Island is relatively low lying and undulating with the highest point, Mt Anglem/Hananui just 981 metres high. The island is largely uninhabited and unmodified which led to 85% of the island being declared a national park in 2002, named Rakiura National Park.

The name "Rakiura" is the Maori name for the island - which means "Glowing Sky", apt as Stewart Island enjoys spectacular sunrises, sunsets and aurora. The island is mainly covered in native bush, with wetlands, sand dunes and a varied coastline from sandy beaches to sheer cliffs. The coastline is fringed with vegetation and bordered by crystal clear waters hosting an abundance of marine life – fantastic for fishing and wildlife watching.

Stewart Island is New Zealand's southernmost populated area, but has less than 400 residents who mostly live around Halfmoon Bay.  With just 28km of roads and 280km of walking tracks, the island is all about appreciating the natural wilderness. Nearby Ulva Island is an idyllic, predator-free bird sanctuary for rare and endangered bird and plant species, a paradise for birds and bird lovers.  The highlight for any visit to Stewart Island and Rakiura National Park is the isolation and the untouched, unspoilt wildlife and native bush.