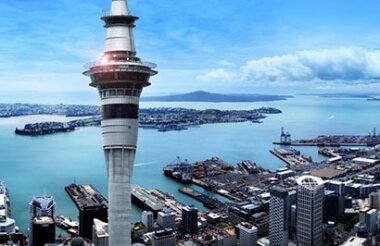 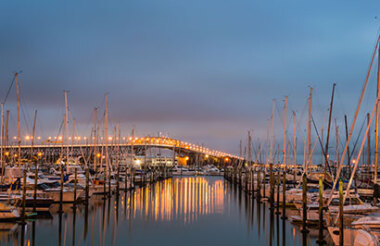 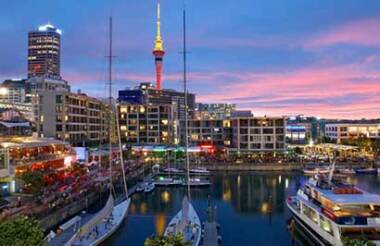 Straddling two natural harbours, New Zealand's 'City of Sails' is the country's largest. Encircled by wine regions, native bush, rainforests and beaches - this urban paradise is also known for its world-class shopping, designer boutiques and gourmet cuisine. Dotted with volcanoes and ringed by islands, Auckland is a playground for both the city savvy and those with an eye for adventure. Explore the suburbs of Parnell and Ponsonby with their upmarket galleries, back-alley wine bars, and trendy eateries or wander up high High St or Vulcan Lane to snag a boutique bargain. Venture further afield to the rural community of Clevedon to experience the delights of the country and make time to explore one of over 800 regional parks with deserted beaches, waterfalls and forest walks.
What makes Auckland so special is its vibrant cultural melting pot - a diversity reflected in the cuisine, festivals, art and music. Auckland has always attracted many people of many different cultures. By the 1890s, the city was very cosmopolitan with people from Europe, China and India making this place their home. This theme continued throughout the 20th century, particularly in the 1950s when the post-World War II baby boom boosted the population. A significant number of indigenous Maori moved to the city, followed by pacific islanders in the late 1960s. European immigrants from places such as Hungary, Yugoslavia and Holland began what is now a thriving and diverse food culture.  Today, Auckland is the world's largest Polynesian city. Resident Aucklanders come from all round the world - just over half of its residents are of European descent, 11% are Maori, 13% are of Pacific Island descent and there is a growing Asian population of around 12%.